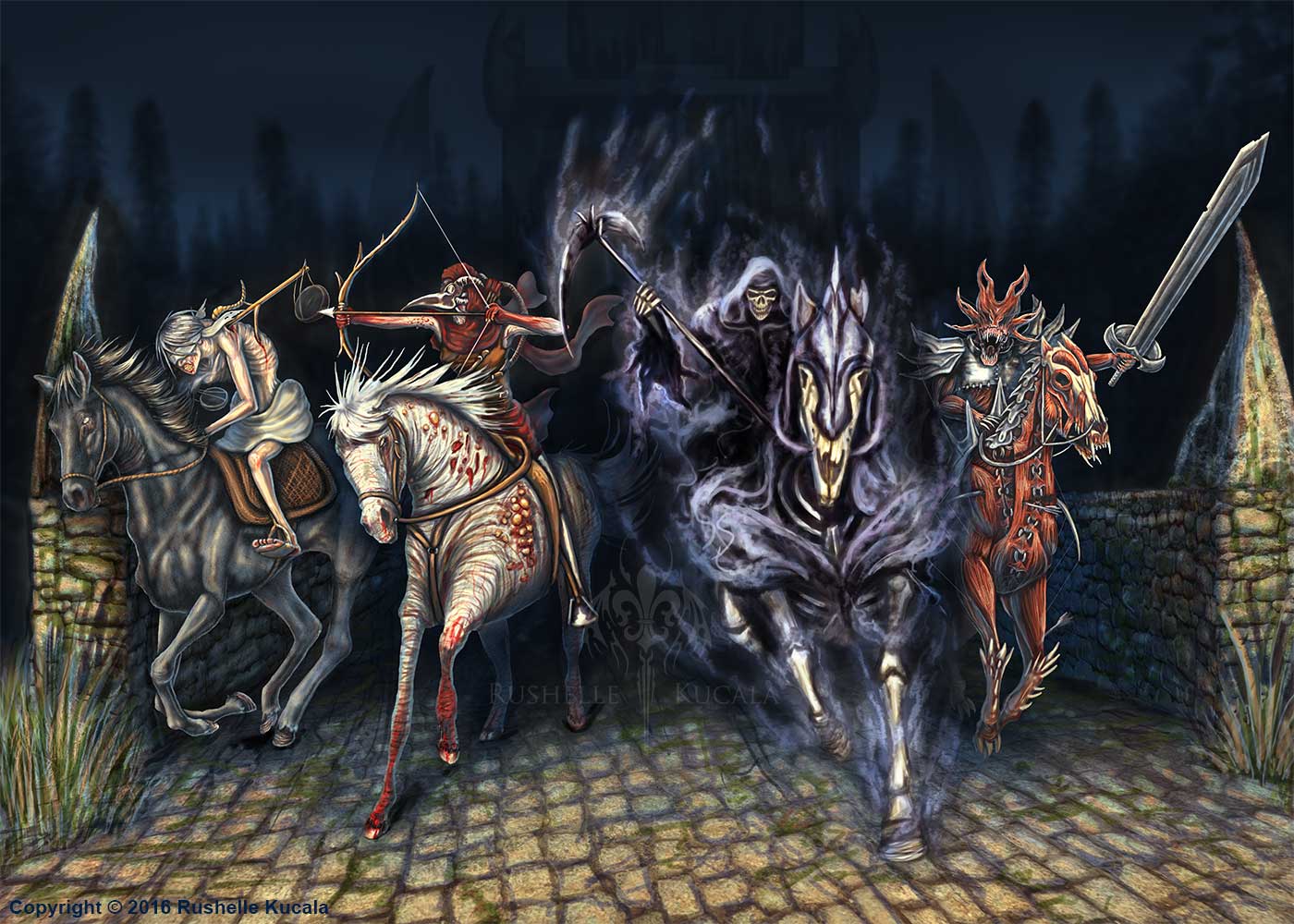 The Four Horsemen of the Apocalypse 2016

The Four Horsemen of the Apocalypse 2016

My friend Kevin commissioned me again, this time he wanted an illustration of the four horsemen of the apocalypse! I was super excited to start this since I haven't drawn the four horsemen since 2008! He also gave me a lot of artistic freedom as long as it was scary and bad ass, so I had so much fun designing these characters. From left to right: Famine, Pestilence, Death, and War. With Famine I was trying to think of a cool way for him to hold his scale, so I figured what if it was through his back rather than holding it? Pestilence I instantly thought of those old plague doctors, so I gave her a plague doctor mask. I also made her a girl because why not? Death is the more classical image of the grim reaper, which is what Kevin wanted. And War, which is probably my favorite, I was greatly inspired by the Cenobites from Hellraiser. I wanted him to look horrifying, grotesque, and painful. I hope you all enjoy my interpretation of the four horsemen!